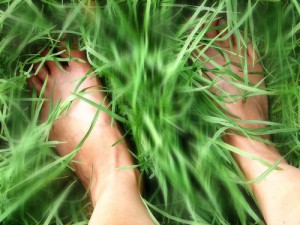 It is so easy to become distracted! Whenever I come home from my Bible translation trips, I have a number of chores waiting for me.  Unfortunately, I often find myself jumping indiscriminately from one task to another so that a lot of chores are half-done and nothing is properly completed.  For example, if I set out to mow the lawn I will discover that the lawnmower shed is a mess.  So I begin to organize the shed and notice some old plants that should go into the compost. On the way to the compost I see some tools lying outside, so I put down the plants and pick up the tools to put them away.  As I do, I notice that one of the tools belongs to a neighbor and I set off to return it. Walking across the lawn, I see that it is somewhat overgrown and so I make a mental note to mow it….

Working out the direction and priorities in missions in our churches can feel similarly overwhelming.  A missions program used to be fairly simple for the average church: commission a missionary for overseas ministry, send money to their missions agency and pray.  Today the complexity of the world has changed things.  Global has merged with local, simple relationships have morphed into complex networks, information is ubiquitous and communication instantaneous.  I asked my daughter how many countries she is connected to on Facebook, and she instantly gave me about 10 country names, from South Africa to Germany to Pakistan.  People are involved with other ethnic groups on a daily basis, face to face as well as through the variety of media available today.  When traveling on a city bus, I am amazed by the realization that, ethnically speaking, I am usually in the minority.

An all-encompassing view of Missions

Opportunities for involvement in outreach abound.  Short term missions teams travel to many needy places in the world. Churches are often made up of more than one ethnic group, encouraging a network of significant cross-cultural engagement in the broader community.  Moreover, the diverse ways to be involved are more than we can handle, from World vision appeals on television, to feeding the homeless, to supporting the development of water filters in Pakistan. In such a context, the potential for missions includes so many different activities that the diversity and demand is overwhelming.

Furthermore, if an activity such as constructing a church building in Haiti, or providing a home for the poor in Mexico, is “missions,” isn’t that “missions” status also appropriate for helping out with the construction of a church building in Canada, or even participating in a local Habitat for Humanity project?  In this way of thinking, any service to God that impacts people becomes our involvement in missions.  But if so, what distinguishes missions from other activities of the church?  Is it time, cost, geography, commitment?

what distinguishes missions from other activities of the church?

Over the past few decades the common understanding of missions in our churches has broadened dramatically beyond the traditional emphasis to include almost any worthwhile and impacting project that focuses on those who are not yet believers.  Every believer is challenged to “be a missionary right where you are,” and the recognition that missions is now “from everywhere to everywhere” encourages people to consider any activity with an evangelistic or compassionate focus as “missions.”

In light of this major shift of what constitutes missions, it is important to remind ourselves what missions has been traditionally understood to be and why that task was given priority.  Otherwise, it is possible that we may become so distracted by the many opportunities to do good that we miss out on an important aspect of what God is doing, and fail to continue the work that missionaries have faithfully struggled for through the years. Stephen Neill warns us that “if everything is missions, then nothing is missions.”1 By intentionally maintaining the traditional thrust of missions within the broader and more encompassing missional emphasis we experience today, the danger inherent in that warning can be avoided.

“What do you mean by that!” – Definitions 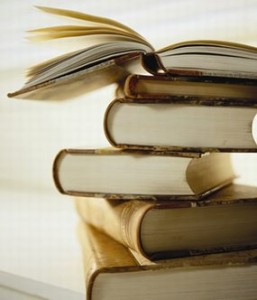 As I will argue below and in a following article, traditionally missions has been primarily understood as the effort to bring the gospel to those who have no access to it within their context.  As noted above, it seems unlikely that the word “missions” can be reserved for this narrow understanding.  My purpose in presenting these articles is not to rescue one particular term, but to ensure that churches have the opportunity to consider the traditional focus of missions as one of the priorities in their overall missions program.

God’s mission (singular) refers to his gracious acts within history to bring redemption to the world. “A careful reading of both Old and New Testaments reveals that God himself is the subject of mission. We have here to do with Missio Dei, God’s mission.”2

An unreached people group is an ethnic group with a distinct identity “judged to have inadequate Christian resources to evangelize itself.”3 For example, the Sindhi people of Pakistan, among whom our family lived and worked for 14 years, is one of the largest unreached people groups in the world.

Missional refers to the response by the church to partner with God in his mission by bringing the message of salvation to those outside of his kingdom.4 Traditional missions, as I will argue below and in the follow-up article, is a subset of this missional orientation. The missional task of the church is broader than the traditional missions mandate and encompasses all efforts to support, maintain and extend the kingdom of God.

Although many definitions of missions do not make the distinction that I am proposing,5 I believe that acknowledging traditional missions as one aspect of the missional task of the church will help alleviate some of the frustration and confusion felt by missions committees and global missions teams as they seek to prioritize their missions program.

Paul’s mission to those who have not heard

In a previous article, the “apostolic” appointment in the New Testament was proposed as the foundational biblical concept to understand missions – the “sending” of chosen messengers beyond the boundaries of the local church for the purpose of extending the kingdom of God.  In this article some of the distinctives traditionally used to define missions will be examined from the writings of the apostle Paul. As he has been considered the prototypical missionary,6 his perspective on his role provided an important biblical foundation to the modern missions movement.

As a missionary of the gospel of Christ, Paul provides a description of his responsibility to fulfill the Great Commission (Mt 28:19,20):

… through the power of the Spirit of God… I have fully proclaimed the gospel of Christ. It has always been my ambition to preach the gospel where Christ was not known, so that I would not be building on someone else’s foundation. Rather, as it is written, “Those who were not told about him will see, and those who have not heard will understand” (Rom 15:19-21).

Paul’s desire was “to call all the Gentiles (Gk. ethne) to faith and obedience for [Christ’s] name’s sake” (Rom 1:5).  That is, his priority to fulfill his calling was to preach the gospel wherever faith in Christ was non-existent among a people group (ethne).  From those who responded, communities of believers were established who, in turn, became witnesses to the gospel within their own context.  Paul also took steps to see that they maintained spiritual vitality by visiting them again and writing to them, and he expected that they would carry on the missional mandate that he had inaugurated.  That is, his work as a “sent one” (apostle) was the beginning of an expansion of the gospel which those new believers would complete.  This is evident in his expressed pleasure in the people of God at Colossae because “the gospel is bearing fruit and growing throughout the whole world- just as it has been doing among you since the day you heard it and truly understood God’s grace” (Col 1:6).

By “his personal example and through his teaching, Paul constantly reminded the churches of their apostolic calling. They had been sent by God into the world to reach beyond their local neighborhoods with the gospel. Their task was to bring into God’s kingdom the nations for which Christ died and which had yet to acknowledge him as their king.”7

The following article will explore the way Paul’s focus on missions was worked out in the modern missions movement (from Wm. Carey to the present), and then propose a way to maintain this concern within a broader missional portfolio of the local church.