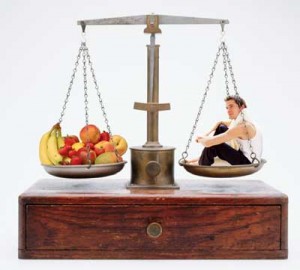 A balanced diet, a balanced economic portfolio, a balanced lifestyle – we are constantly challenged to keep many things in our lives in balance, for the sake of health and sanity!  What about doing missions in the local church?  There are so many options today to be involved in cross-cultural, evangelistic and compassionate ministries – not to mention the demand for missions dollars from hundreds of worthy causes – that missions committees or global missions teams have to make difficult decisions concerning the limit and range of their church’s participation.

For a variety of reasons, some mentioned in a previous article, the scope of “missions” in our churches today has broadened far beyond the traditional understanding. While affirming the missional thrust of churches who strive to be involved in God’s mission both locally and globally, I would also like to challenge churches to not neglect the task that has defined missions through the centuries: taking the gospel to those who have not heard.  In this article, evidence for this focus in the modern missions movement (from Wm. Carey through to the present) is presented along with the concept of the “Acts 1:8 portfolio,” which is a helpful structure for churches to assist them in fulfilling the mandate God has given to participate in his mission.

The Modern Missions Movement: to the unreached 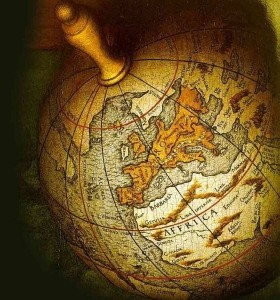 The desire to take the gospel to those who have not heard and who have no access to the gospel except through the initiative of an outsider reflects the apostle Paul’s description of his ministry concern in Rom 15:19-21.1 This perspective has been a defining characteristic of the modern missions movement and played an important role in setting priorities for missionaries and missions agencies.

Ralph Winters helpfully divides the modern missions movement into three eras:  The first era (1792-1910) he entitles “To the Coastlands”.  Initiated to a large extent by the efforts of Wm. Carey, this was the beginning of mission societies who sent missionaries to lands where the gospel was unknown.  The second era (1856-1980) was characterized by a movement inland to “the unoccupied fields,” again reflecting the desire to contact those who had no previous exposure to the gospel.  The third era (1934-present), which Winters calls “To the Unreached Peoples,” is characterized by an increasing sensitivity to those barriers to the gospel beyond geography and the focus on people groups with distinct ethnic identities.  These groups require an outside source in order to be exposed to the gospel message.2

Even though the unreached have been the primary focus of traditional missions, this should not be confused with the comprehensive missional responsibility of the church. At the beginning of the modern missions movement the unreached lived in the majority of the world, the concern for them in the western protestant churches was relatively small and, due to the lack of a missions effort, there were few successes in cross-cultural ministry that needed strengthening.  However, because of God’s gracious actions and the sacrifice of missionaries through the past few centuries, this is no longer true.  Now, with the shift of Christianity to the south and east, it is estimated that there are only 10,000 people groups remaining that are unreached.3 This has been called the “final frontier of missions” and while “there is a great need for thousands of new missionaries to reach them,”4 the vast percentage of people in the world now live within “reached” contexts.  It is the 10,000 people groups that are identified as the concern of traditional missions in order to complete the mandate in accordance with the spirit of the apostle Paul’s ministry and his desire “not to build on another’s foundation.” In this understanding of missions, the end of the task is in sight, the course has been mapped.  For example, Wycliffe has initiated Vision 2025 which states, “By 2025, together with partners worldwide, we envision Bible translation in progress for every language that needs it”5 – a key component towards the completion of the traditional missions mandate to reach the unreached. 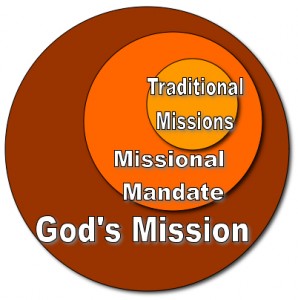 But while the end of traditional missions can be postulated, it is not the only missional responsibility of the church. The apostle Paul consistently completed his task of establishing a group of believers and then moved on, even when the vast majority of people in that area were unsaved. Why? Because with the establishment of a church, an internal witness to carry on the gospel mandate had come into existence. Following this pattern, traditional missions is understood as the initiative of the church on the outside crossing boundaries to those inside a people group. But when that initiative bears fruit, God’s mission6 has only just begun, for then the missional responsibility shifts to the church on the inside of the people group.  In fact, the larger missional task facing the church today is the growth of the kingdom among those people groups who do have a gospel witness, not to mention the needed re-establishment of the gospel in places where people have turned away from their parent’s faith.  Churches and mission agencies rightly consider these tasks as part of their missional responsibility, even though they move beyond the traditional focus of missions.

This distinction between the narrowly defined traditional task of missions – the church on the outside reaching across ethnic boundaries – and the broader missional task of the newly formed church on the inside, is not one of importance or even of priority when speaking of participating in God’s mission. God’s concern is for the whole world.  Influencing others locally or globally for God’s kingdom is equally a part of God’s mission, whether or not it is classified as missions.  Affirming the reality that all levels of participation in God’s mission are equally valid and important reflects the spirit of the apostle Paul when he spoke of being called to the Gentiles, while Peter was called to the Jews (Gal. 2:7,8).  Separate ministries, both are equally valid and needed, but it is only the former that is traditionally referred to as “missions.” 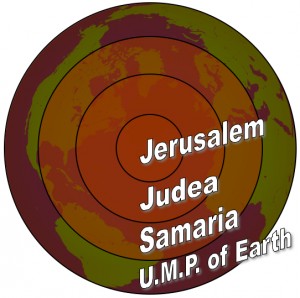 A helpful way to understand these concepts is to use Jesus’ vision of the expanding impact of the gospel in Acts 1:8 as a “portfolio”7 for local church involvement in God’s mission: “you will be my witnesses in Jerusalem, and in all Judea and Samaria, and to the ends of the earth.” Using this model, the traditional understanding of missions parallels the final element in Acts 1:8, “the ends of the earth,” the pioneer extension of the kingdom to those people who have no access to the gospel.

“Samaria” can refer to cross-cultural partnerships with established churches who welcome support in needed areas, such as leadership development or ministries of compassion. The people group is “reached” – the believers have taken up their missional task – but the consolidation and expansion of previous missions efforts requires outside involvement.  Both “Samaria” and “the ends of the earth” can also be identified by the boundaries that must be crossed in order to participate in God’s mission, including boundaries of culture, language, identity, geography, misinformation, prejudice, values, and worldview, as well as psychological and socio-economic barriers. 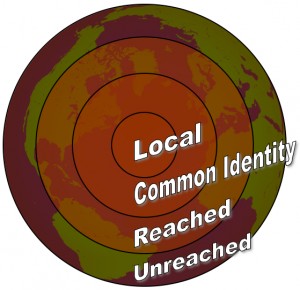 “Judea” describes regions and people outside of the immediate influence of the local church, but because of a common identity through shared culture, language and history, the primary boundary is geographical.  In order to provide a lasting impact in this area, churches often join forces, e.g., the Fellowship of Evangelical Baptist Churches of Canada (FEBCC), to cooperate in joint ministries such as planting churches.

“Jerusalem” refers to the local missional task of an established church.  It includes all the ministries, individually and collectively, that affect the people who come in contact with the members of that church.  Even as Paul expected the churches he planted to expand the kingdom where they were, so this is a major responsibility of local church members in their daily relationships.8

The challenge of the Acts 1:8 portfolio approach for churches today is to play a strategic role in each of these four areas. At the same time, it is neither necessary nor helpful to closely define the borders between these four areas of concern.  The borders will be fuzzy and porous, and some ministries may span more than one area, making it impossible to precisely categorize them. The key is to be involved in what God is doing in the world, while recognizing that God’s mission encompasses the whole world. What is

needed is a comprehensive missional agenda with a diversified portfolio, so that each church can participate in God’s mission close to home while not neglecting traditional missions: Jesus’ vision for the ends of the earth.

Unlike today’s economic portfolios, your missional portfolio is guaranteed to produce eternal dividends!