A fuzzy understanding of Missions 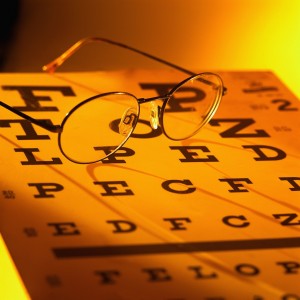 I have a saying on my screensaver by Joseph Jourbert: “Words, like eyeglasses, blur everything that they do not make clear.”  This is true for Bible translation – which is the reason the quote appeals to me – but it is also true for the word “missions.” For some, the word is loaded with passion and purpose.  Missions, in the plural, refers to God’s mission to bring redemption to the world and a heart for missions is the positive response to Jesus’ invitation to participate in what God is doing (Mt 28:19-20).  Unfortunately, for many in our churches, missions is a word somewhat “fuzzy” in meaning.

Throughout the first two eras of the modern missionary movement, beginning with William Carey in the 18th century and ending sometime in the latter half of the last century, the definition of missions was clear: missions was the job of missionaries who traveled overseas with a lifetime commitment to bring the gospel message to those who had never heard.  The role of missions committees in the churches was to support the missionaries in their task, and the distinction between missions and other ministries in the church was clear.  However, times have changed.  Short term mission teams abound, the world and its variety of religions has come to our doorstep, and the west has been recognized as a legitimate “mission field.”  In the midst of such change and diversity, churches have become somewhat unclear in distinguishing missions from the other ministries in the church.  Indeed, at times, the distinction has been deliberately downplayed in order to encourage every believer to be a “missionary” wherever they are.

Is missions one aspect of what the church does, or is it inclusive of all church activities?  Does any and all interaction with those who are not believers constitute missions, or only particular ministries?  Should donations to the denomination headquarters, church planting efforts in our own province, local evangelism efforts or training for teens to reach their peers all be considered legitimate items on the missions budget? Or is there something distinct about the nature and purpose of missions that determines which ministries can be considered missions?  For example, consider the following.  Which do you think should be classified as missions?

Stephen Neill warned, “If everything is missions, then nothing is missions.”1 If we are unclear concerning the task of missions to which God has called us, it is very easy to lose sight of the primary purpose of missions.  Without insight into the reason for missions, it is impossible to strategize and prioritize effectively.  We can become busy with many things, but miss out on what is essentially missions. So what are the appropriate criteria by which we can determine what is legitimately “missions”?

Missions is initiated by those who are “sent” 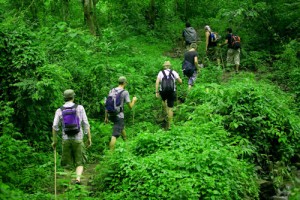 In his book, Loving the Church, Blessing the Nations, George Miley provides an important biblical distinctive that qualifies missions and distinguishes it from other ministries in the church.  Through an examination of 1 Co. 12:28 he relates missions to the role of apostolic leaders who are to “blaze the trail, to pioneer, to initiate kingdom breakthroughs into new areas, and to lay foundations on which others can build. When it comes to extending the reign of God on earth, they … go first.”2 God has appointed apostles to the church for the purpose of advancing his kingdom.  They are the “sent ones” who to open the way for the gospel.

This is illustrated in Acts 13:2-4, recounting an incident that occurred in the church at Antioch.

While they were worshiping the Lord and fasting, the Holy Spirit said, “Set apart for me Barnabas and Saul for the work to which I have called them.” So after they had fasted and prayed, they placed their hands on them and sent them off. The two of them, sent on their way by the Holy Spirit, went down to Seleucia and sailed from there to Cyprus.

The distinction between other ministries of the church and missions is clear in this passage.  The church at Antioch had a responsibility to be Christ’s witness in their local context, but they are also given the opportunity to affirm with the Holy Spirit that some are set apart for a distinct task that is fulfilled beyond the boundaries of the church.  That is, Paul and Barnabas are sent out to initiate the kingdom in a context where the church has no influence.  The church does not directly benefit or grow numerically through this process.  On the contrary, they sacrifice their “best and brightest” in order to see God’s work become established and grow among a group separate from themselves.

initiate the kingdom where it would not otherwise occur

This understanding of missions does not necessarily require geographical distance, but it does require the appointing of individuals to the task of “stepping beyond” the boundaries of the local church’s influence in order to initiate the kingdom where it would not otherwise occur.  Based on this understanding of missions, I believe that is it helpful for churches to make a distinction between their task of local outreach and evangelism, and their role in missions.  Consider the following statements:

This is just one of a number of parameters that are helpful for members of missions committees to keep in mind as they fulfill their responsibilities to lead their church in missions.  In the following article other biblical images and concepts that clarify missions will be explored.

5 thoughts on “69. The Difference between Missions and Outreach”