Both translation orientations are found in all Bible versions and so, strictly speaking, it is misleading to label a version “literal” or “meaning-based.” Literal versions also consider what the translation will mean in the receptor language, and meaning-based versions often provide translation through which the reader may recognize words and structures of the original languages. (see the IBS English Bible Translation Comparison chart in which versions are charted according to their “degree of literalness.”) The following articles seek to show that the “degree of literalness” is unrelated to the accuracy of translation and should not be used to judge one version as more the word of God than another. Accuracy must be gauged according to the success of any translation to communicate the message of the original manuscripts to its intended audience.

The author of the articles has been involved in Bible translation as supervisor of the Sindhi translation project for the Pakistan Bible Society during the past 18 years. 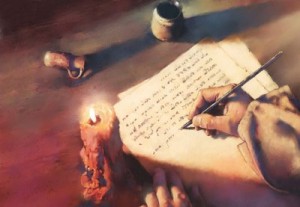 When Today’s New International Version (TNIV) was first published, I walked into our local Christian bookstore and asked the sales person, “Do you have the new TNIV?” A wary look came into his eyes and he said, “Why do you ask?” Puzzled, I replied, “Because I would like to purchase a copy.” Relieved he showed me where the books were being kept. He also explained the source of his angst: some people were coming into the store and rebuking them for carrying such a “heretical” translation.

Recently I heard a sermon in which the speaker criticized certain “meaning-based” Bible versions and promoted “literal” translations as “more the word of God.” He encouraged people to consider the common language versions, which were easier to understand, as less worthy to be considered God’s word than the more “word for word” translations.

If some translations are heretical, then we should avoid them. If meaning-based translations are truly less God’s word than literal translations, then we would do well to read versions that are more accurate. But are such claims true, or do they arise from a misunderstanding of the nature of language and the translation process?

Translations are like theologies: Human attempts to express the Divine Word 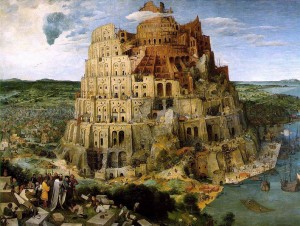 Since Babel there have always been both “word for word” and “thought for thought” translations between languages. “Dynamic equivalence,” “thought for thought” or “meaning-based” are new terminology to describe a translation style which has always existed. “Literal,” “Word for word” or “formal” describes a separate translation style which also has always existed. For example, the ancient Greek version of the Old Testament, the Septuagint (LXX), which was often quoted by New Testament writers, has instances of both literal and meaning-based translations. As one example among many, the Hebrew word rosh has a nuance of a literal, physical “head” as well as a more metaphorical usage of “chief authority.” The LXX sometimes uses the Greek word for “head,” kephale, to translate rosh, and sometimes uses other words to describe the concept of “chief authority” in non-metaphorical terms.1

Is the ordinary method of meaning-based translation suitable for the biblical texts, or does their nature as “God-breathed” require a different, more literal, style? In our human attempts to express the divine word, how should we proceed?

Literal versus meaning-based orientations in translation

Literal translations are oriented towards the original language

Literal or formal translations are oriented towards the original language. That is, for the translator, the meaning remains in the original text. The translator uses the words of the receptor language as symbols or synonyms that point to the words in the original text. While the nuance and levels of meaning will overlap to some extent, the synonym employed in the translation is intended to mean what the word in the original text means rather than the way it is used in the reader’s vernacular. Thus, when the reader reads, for example, the phrase “poor in spirit” (Mt 5:3 NRSV), they are not to relate this phrase to current English vernacular usage, as if the words have communicated the meaning as they stand (A reader unfamiliar with the literal language may attempt to interpret this according to the vernacular “low in spirits” or “depressed”). Rather, the intent is for the reader to recognize the English phrase as symbolizing the phrase, “oi ptoxoi to pneumati,” found in the Greek New Testament manuscript. It is the meaning of this Greek phrase that readers must be aware of in order to understand. The English words function as symbols which knowledgeable readers use to recognize the Greek phrase, and according to their ability to complete the translation, they are able to access the meaning. Alternatively, and more commonly, people may read the phrase according to the meaning taught them by those teachers capable of completing the translation.

It is this perspective that causes preachers to speak in terms of “this word (referring to an English word) in the original language actually means…,” even though the English vernacular meaning is clear to the hearers. In his promotion of the English Standard Version (a literal translation), Dr Packer states that the ESV attempts to provide the reader not just what was meant, but “what was said.”2 That is, the reader is to view the English words as representative of the original Hebrew and Greek words, which may or may not reflect common English usage. With literal translations, readers must be cautious in reading a word in a vernacular sense, because without some background understanding of the original meaning (or support from Bible teachers), they cannot be certain if their vernacular understanding truly reflects the meaning of the original text.

meaning-based translations are oriented towards the receptor language

In meaning-based translations (thought for thought) the reader is not required to understand or have a working knowledge of the original language. Moreover, a theology of translation that affirms the “translatability” of the word of God assumes that the reader is able to fully access the word of God without needing knowledge of the original manuscripts, as long as the translation communicates the same meaning as the original.3 In “thought for thought” translations readers are expected to read the translation as if the words and phrases mean what they normally mean in everyday usage within their language. The meaning of the original manuscripts, with one set of words, constructs and grammatical rules, has been communicated using a different set of words, constructs and grammatical rules.

A key difference between the formal and meaning-based translations is that the former uses the receptor language in a way that lacks compatibility with normal usage in order to provide readers with a sense of what the original language and structure was like (looking back at the source language). The latter uses the receptor language according to the common usage (receptor language friendly) so that readers can understand the meaning of the original manuscript in their own language. Thus, for example, the Sindhi translation that I am involved in does not have a formal translation for Mt 5:3 that would be equivalent to “poor in spirit.” In normal Sindhi usage that would communicate (erroneously) that the person was lacking in compassion and love. For a literal translation this would not be an incorrect rendering as long as the reader was taught to understand it as referring to the meaning intended by the original text. Of course, this would mean that the majority of readers would either misunderstand or not understand the meaning since they are not familiar with Greek, nor do they have access to a teacher who could explain the meaning. Recognizing the needs of the audience to understand the words according to the common vernacular, the phrase was translated as “humble of heart.”

For more examples and further explanation of this concept, please see the CCI article #41 “Clarifying Bible Translation.” The following article will examine the weaknesses of both translation orientations.