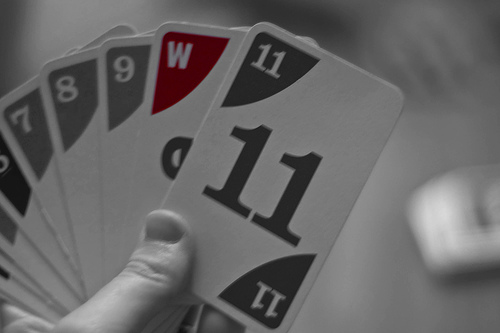 In the innovative cultural simulation game, Barnga, created by Sivasailam Thiagarajan, groups of people play a simple card game without realizing that each person has been given slightly different rules to the game. The participants are not permitted to speak to each other or to communicate by writing. It doesn’t take long before there is some banging on the table and grunts of disgust as the game does not proceed as expected. 1 Because the point of the game is the same for all, one conclusion drawn by the players is that some of the other participants are either cheating or did not properly read the rules.

Similarly, when people from different cultural backgrounds congregate for discussion or decision making, the overall context can be so familiar that each cultural group believes that their assumed “rules” of interaction will be followed as the norm. When the cultural groups have contrasting low power distance (LPD) versus high power distance (HPD) orientations, the result can be frustrating with the participants misattributing2 the motives of others according to their cultural perspective of what is normative behavior. When someone speaks “out of turn,” they are judged as “rude” or “aggressive,” rather than recognizing that some people are “playing by different rules.”

In the first article of this series, the concept of power distance was introduced with illustrations that showed how the contrast between high and low power distance causes tension in intercultural relationships. The second article dealt with leadership dynamics when dealing with high and low power distance cultures. As a means of resolving these tensions, the third article described the important skill of speaking each other’s “language of respect.” In this final article in the series, we will explore Eric Law’s innovative method of “mutual invitation”3 as a method of developing productive interaction in order to bridge the power gap between HPD and LPD cultures.

The way Norms are Percieved

Group decision making has a different dynamic in high versus low power distance cultures. When a group consists of a mixture of both orientations, there will likely be misattribution and frustration as illustrated in the following chart. The left side of the chart represents the norm for either HPD or LPD orientations, the right side reveals the way this norm can be perceived by someone with the opposite orientation. Test yourself by covering the right side of the chart and see if you can predict a possible perception of the opposite orientation. 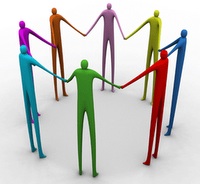 With such potential for misunderstanding, offense and frustration in intercultural decision making, how can multi-cultural meetings proceed? How can discussion be facilitated that allows for both open discussion for the LPD participants and ensures that the leaders of HPD oriented people are directly addressed for their input without feeling offended? In his book, The Wolf Shall Dwell with the Lamb, Eric Law introduces the concept of “mutual invitation” as process for facilitating discussion productively within a multi-ethnic group that includes participants with both LPD and HPD orientations. While not perfect, this method avoids the dictatorial aspect of HPD cultures (offensive to LPD cultures) and provides the affirmation of invitation (important for HPD participants). He explains the process in this manner:

I, as the leader, first share without projecting myself as an expert. After I have spoken, I then invite someone to share. I usually do not invite the person next to me because that might set up the precedent of going around in a circle. After the next person has spoken, that person is given the privilege of inviting another to share. The person being invited has the option to “pass” if she does not want to say anything. After a person says “pass,” he is still given the privilege to invite another to share. This continues until everybody has had a chance to share.4

This simple process can prevent a number of the misattributions mentioned in the chart above. Because the context is one of facilitating discussion and soliciting opinions, the confrontational aspect of arguing for or against a potential decision is avoided. Because each person who speaks then moves on to solicit an opinion from another participant, the sense of leadership manipulation is avoided (important for LPD participants), while providing the needed direct affirmation that allows HPD oriented participants to voice their opinion. Furthermore, the opportunity to say “pass” and choose someone else to speak, allows people to not voice their opinion while still taking an active part in the discussion. They may want to defer their opinion to someone who may speak for them and this aspect of the process provides that opportunity.

This method creates an atmosphere of open discussion that allows the leadership to hear a broad range of opinions while defusing potential confrontation. It ensures that one person does not dominate the conversation and thus suppress less aggressive participants. It decreases the potential for people to argue a point with each other (a positive facet for LPD cultures, but can be disturbing for HPD cultures).

Law also notes that silence can be interpreted in many different ways. With this method

the person invited to speak is given the time, space, and power to express herself. The person can choose to be in silence first to put her thoughts together before speaking. The person is also given the responsibility to let the whole group know whether she is ready to speak by having the option to pass. In other words, if the person is silent, and he has not said pass, that means the silence is a useful and meaningful time for the person and should be respected. Here, there is no need to interpret silence. The group already knows that the silence is meaningful to the person who has the power at the moment.5

It is important for the leader to not profess a strong opinion from the outset, so that HPD participants can feel free to voice their opinion without appearing to disagree with the one in charge. Once all the opinions are out in the open, the leader can then summarize the views represented and if a decision is required it may very well have become obvious in the discussion. Even if there is no clear answer, the leader can point to another participant and ask their opinion of the summary provided, thus starting the process again.

Why does this method work?

a new set of rules

A primary reason this method is effective is that it puts the participants on an equal footing with mutually understood rules that do not allow one person to dominate, nor another participant’s view to be ignored. The Barnga game produces frustration because the players have unfulfilled expectations concerning rules. With Law’s “mutual invitation,” a new set of rules is introduced that levels the playing field, and prevents people from assuming that their cultural norm will be followed.

The next time there is a potentially contentious issue, or if you suspect that people who should be heard are not speaking out in meetings, give the “mutual invitation” method a try.