NOTE: Articles 90 – 93 on Navigational tools for Church Missions have been revised and incorporated into a single article through Catalyst Services which is ready to be downloaded

The transitions and tools described in this series of articles are used as the framework for missions coaching among Fellowship churches in Canada.  If you are interested in exploring a coaching relationship for your church’s missions efforts, please contact Mark via the contact link below.

In the previous article, a second transition to move the missions team1 in the direction of “owning the task” was considered.  This article elaborates on the third transition for church missions teams introduced in Navigational tools for missions.

Transition 3: From communicating with to motivating the congregation
Navigational tool: Involve people in a decision making process
Biblical foundation: One body, many gifts 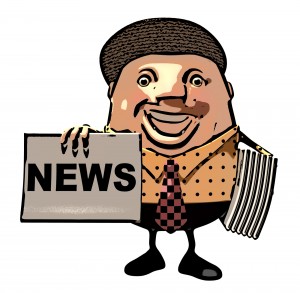 “I give up!” said Dave2, a missions chair.  He had faithfully and conscientiously kept the needs of the missionaries before the church. His discouragement was evident, “Every week I have information about our missionaries in the bulletin.  Then this last Sunday while talking to one of the elders I mention one of our missionaries and he asks me who they are!  He didn’t even know we supported them.  What a waste of time.”

I was on the phone recently to one of our churches and spoke to the pastor’s assistant.  I mentioned the name of a missionary who has been supported for years by the church, but she was unaware of who he was.  When faced with the reality that many people in the church lack knowledge about their church’s missionaries, a common response by missions teams is to increase communication.  The assumption seems to be that providing more information to the congregation will result in greater understanding about missions and an increase in commitment to the missions program.

people only retain information that is immediately perceived as relevant

Unfortunately, increased information does not necessarily result in greater involvement by the congregation or even alter people’s awareness of the missionaries’ work.  One reason for this reality is that, in general, people only retain information that is immediately perceived as relevant, the rest is dismissed. In our information saturated age, people have developed extremely efficient filters; any information that does seem relevant is dismissed and forgotten. Increasing communication is, therefore, a waste of time if there is no corresponding increase in personal relevance. Whether watching TV, surfing the internet or scanning the church bulletin, people connect with what interests them, and immediately discard that which does not relate to their lives. Buy-in and ownership are a priori requirements in order for information to be valued and accepted.  Providing more information without also ensuring perceived relevance for the intended hearer results in little or no impact.

This article advocates for a transition from a communication emphasis to a process of motivating the congregation.  Once people are motivated, communication is effective.

How does motivation work? 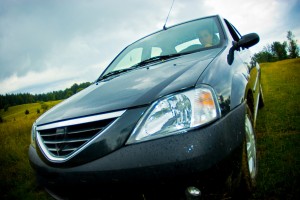 1. Motivation is the natural orientation of people who have ownership

If your neighbor tells you that their car needs a tune-up, the chances are that you would not receive that information as a call to action.  Because you do not own the car, nor are responsible for it, you listen with only mild interest.  However, if it was your car, the natural response would be to take steps to correct the problem.

2. Ownership is the acceptance of ongoing responsibility initiated by an act of commitment.

When you sign the papers to purchase a house, perform your wedding vows, make a promise or merely hand over money to buy a litre of milk, you have committed yourself to a particular action or relationship.  There is an obligation or expectation that you will follow through on the implications of that commitment.  You will live in the house, care for your spouse, fulfill your promise and take the milk home.

3. Commitment is the end result of a decision making process

Why do people commit? There are a number of steps a person must go through to get to the point of commitment.  A series of decisions precede the act of binding oneself to a particular relationship, whether it is something as simple as purchasing milk, or as life-changing as getting married.  The decision making process leading up to the commitment may be incremental and develop slowly, or it may occur quickly with little hesitation, but it is a necessary prerequisite for a person to make a legitimate and sincere commitment.

A decision making process leads to commitment, which creates ownership, which causes motivation

There is an unfortunate tendency with some leaders to assume that their responsibility is to make the decisions, while it is the responsibility of others to cooperate.  That method is efficient and facilitates uncomplicated structural diagrams, but it does not resonate with the way human beings get involved in a common cause.  Making a plan and getting people to cooperate is like pushing a car uphill – those pushing are exhausted, while the passengers are bored.  However, developing a cooperative plan that reflects what is significant and important for all the participants, as expressed and developed by them, is like pushing a car downhill.  There is soon momentum far out of proportion to the initial thrust, and the direction and results are often unexpected. But very few are bored.

This method of engaging all participants so that they are driven by what is significant to and expressed by them is especially important for churches because of the particular dynamic laid out for us by Paul in 1 Cor 12.  Using the analogy of a human body, Paul informs us that all believers have a coordinated role to play in building each other up.  However, an important basis for the unity of the body is found in the individual connection of each person to the Holy Spirit (12:4).  It is God who puts the body together (12:24).  One implication of this teaching is that all believers can make a contribution to the mission and direction of the church based on what they have been given by the Spirit. The ministry task in which they become involved should be according to the concerns that God has placed in their hearts.  When believers work together to shape the vision of the church in a way that is significant for and revealed through each individual, the result is commitment and ownership of the task.

Rather than making decisions for people and asking them to come on board with our plans, good motivators involve the participants in a decision making process. What might this look like for a missions team that wants to involve the church more deeply in the missions efforts of the church?  The following three motivational examples provide gentle, medium and major impacts to the church.

Some churches have a yearly special project chosen by the missions committee which the congregation supports financially.  This praiseworthy practice can be adjusted so that it becomes a decision making process and draws people deeper into their commitment to missions. 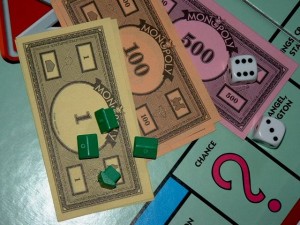 Instead of presenting only one project, promote 5 suitable and worthwhile short term projects out of which the congregation can choose.  In a suitable place, arrange information about each of the projects together with separate donation boxes (the “buckets”).  Hand out, or place in the bulletin, $500 in play money in $100 notes and ask people to put the money towards the projects that they believe are the most impacting and worthwhile. They can spread the money around to as many as they like, or put the whole amount towards one project. The project that collects the most play money will be the one promoted that year.

This is not just a gimmick to draw people’s attention towards missions, but an application of motivational principles: 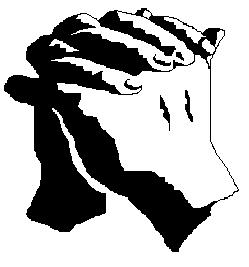 A prayer meeting for missionaries was arranged.  Prayer is significant and believers affirm the need to pray for missionaries.  Yet, very few people participated. Can this be done differently, so that people are committed and involved?  One church thought so.

Using the navigational tool of engaging people to make decisions, the missions committee stopped planning for people and assuming cooperation, and instead moved to planning with people. Rather than providing an opportunity to pray, they created a decision making process through which the nature and arrangement of prayer for missions was accomplished.  First, missionaries were asked if they would be interested in having advocates in the church who would promote their ministry and interests. There was a 100% positive response. Then individuals in the congregation were approached and asked if they would consider becoming advocates for a missionary.  All those willing to consider the possibility were invited to a workshop in which they advised, discussed and individually decided what being an advocate would mean for them.

Agreements were then drawn up that corresponded to each advocate’s desire to participate. This step takes advantage of another motivational principle critical for volunteer organizations: it is much more relaxing and effective to manage agreements3, rather than trying to encourage cooperation with a job determined by someone else.  These advocates now look for opportunities and create venues where the missionary’s task can be promoted for prayer according to the plan that they have established.

One pastor took advantage of this decision making dynamic by taking the time to discover where people in the congregation were already committed or interested in missions.  Rather than promoting a missionary supported by the church and assuming people would cooperate, he started by discovering where people’s interest in missions lay.  He took advantage of existing commitments and concerns and provided those people opportunity and encouragement to get others informed and involved.

In a similar vein, another church initiated a decision making process through which teams were assigned who developed their own purpose and direction for missions.  These teams grew out of individuals’ existing interest and involvement and took advantage of the momentum already in place. These teams were guided and challenged to “dream big.”  Impact is now being felt both within the church and around the world.  Two years ago the missions committee consisted of one dedicated man who corresponded with all the missionaries supported by the church.  Recently, he joyfully informed me that there were now 50 people involved in a variety of ways and people are coming up to him asking, “How can I take part?”  During one planning session, the senior pastor declared, “This is changing our church.”

For this level of transition and impact, coaching is recommended.

Getting people involved in a decision making process is not necessarily efficient, but use of this navigational tool can create dramatic changes.  It is important for missions teams to remember that they are not just working on behalf of the church, but are also working to engage the church.  Their role is to get the church involved in and excited about missions. Engaging the congregation in a decision making process whenever possible may be more complex and less controllable than decisions made during a committee meeting, but this process will pay dividends through increased commitment and a greater global impact.