NOTE: Articles 90 – 93 on Navigational tools for Church Missions have been revised and incorporated into a single article through Catalyst Services which is ready to be downloaded

The transitions and tools described in this series of articles are used as the framework for missions coaching among Fellowship churches in Canada.  If you are interested in exploring a coaching relationship for your church’s missions efforts, please contact Mark via the contact link below.

In the previous article, the first transition to align the missions team1 to God’s mission was explored.  This article elaborates on the second transition for church missions teams introduced in Navigational tools for missions.

Transition 2: From a missionary to a mission2 focus
Navigational tool: Own the task
Biblical foundation: Our role within God’s mission 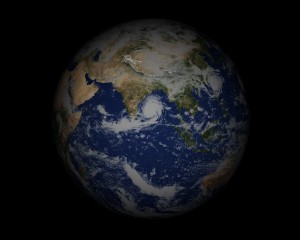 Most missionary sending churches in the past couple of centuries have not traditionally owned the task of missions.  It has been the norm for the missionaries to have the mission, vision and task overseen by mission agencies.  The local church’s role has been primarily to provide support for the fulfillment of the missionaries’ calling.

In stating this I do not wish to devalue in any way the faithfulness of God’s people who have prayed and supported missionaries over the years.  Nor should this be construed as a criticism.  The opportunity for sending churches to be strategically involved in missions was limited in the past and the need to trust those being sent to define their own mission, vision and activities was imperative. Furthermore, this methodology has been validated by the worldwide growth of the church around the world, which is one of the great success stories of Christian history. However, in order to revitalize North American churches in their involvement in missions, this process needs to change.

The transition encouraged in this article moves the congregation in the direction of articulating their own mission and strategy focus.  This becomes the framework used by the church to partner as joint owners of a missions vision with both missionaries and mission agencies.

Assess your church using the following examples.  Ask if your church is missionary or mission focused.

When an oral report from a missionary is provided, and it is prefaced by
“The latest prayer letter from __________ has come and here is what they are doing…,”
your church is missionary focused.

However, if the report is prefaced by
“The mission of our church has been to establish an orphanage.  Here is a report from ___________ about how our mission is being accomplished…,”
your church is mission focused.

When a missionary leaves their field of service and the missions team asks
“Where should we re-assign our money?”
your church is missionary focused.

However, if the issue becomes
“How will our goals in that area of ministry be fulfilled now?”
your church is mission focused.

When a missionary changes from evangelism among an unreached people group to working in a school for missionary children (a true scenario), and the response by the missions team is
“Let’s inform the congregation so they can pray for our missionaries in their new responsibilities,”
your church is missionary focused.

However, if the question is
“Wait a minute, we have made an investment in this people group. How will our mission be fulfilled now?”
your church is mission focused.

When a short term ministry team goes out from your church, and the primary concern is
“I hope that this will be a good experience for them,”
your church is missionary focused.

However, if the primary concern is
“We need to make sure that what they do strategically advances our missions goals,”
your church is mission focused.

Transitioning the church from missionary to mission focused moves the congregation from a passive orientation to becoming strategic as people value and prioritize those activities that they believe are significant for God’s kingdom.  The result is that the church discovers their own missions vision and sees it fulfilled with and through cross-cultural workers, rather than merely supporting a mission and vision that is owned solely by the missionaries.

When a missions team works with their missionaries to discover a common purpose, there is a deepening of the partnership

This concept of the missions team owning the task does not lead to the abandoning of missionaries (a fear expressed by some), but quite the opposite.  When a missions team works with their missionaries to discover a common purpose, there is a deepening of the partnership.  To use a sports metaphor, it is a shift from cheering on the sidelines, to being a part of the team by working together in the locker room and on the sidelines so that there is an effective and impacting game plan.

Biblical foundation for the unchanging reference point: Our role within God’s mission

We are created, appointed and chosen as God’s people to take an active role within God’s mission.  Supporting and praying for others who are sent to serve is an essential part of this, but it is important that we also own the task, and not pass off that responsibility and level of participation to others.  We have unprecedented opportunity to play a more direct role in the impact of the gospel around the world.  God gives his people an invitation to be involved in his mission.  Owning the task is part of that invitation.

Created to be icons reflecting God’s glory (Gen 1). God did not start out as a missionary God.  He started out as an artist.  All that he created was a reflection of his character (cf. Psalm 19:1). At the end of every day God looked at what he made and said, “This is good.”  Why is it good?  Because it is a reflection of who God is.  But when he created human beings, he said, “This is very good.” The emphatic is important for it tells us that of all creation, we have the ability to reflect the nature of God the best.  We are made as little icons of God.  Our purpose is to reveal the beauty, the goodness, the purity and righteousness of God.  A local church made up of God’s people is, therefore, equipped to play a role in determining the priorities and emphasis for their missions participation.

Appointed as witnesses of God’s redemption. When Jesus went up to heaven he commanded his followers to wait for the Holy Spirit to come. Pentecost is an exclamation point to the reality that the mission to save the world is God’s mission, not ours (Acts 2).  But when the Holy Spirit came, it was the believers who were impacted so that through them the message of redemption within all the languages of the known world was heard.  It is the power of God that will break down the barriers, but it is through his people that God acts.  He appoints us to be the ones to go into all the world.  It is his mission, but we have a role as witnesses to his redemption.  It follows from this that even those of us appointed as “senders” can play a significant role in shaping the missions concerns of the church and those sent.

to be “chosen” of God is … being privileged for others

Chosen for others. In the Bible, to be “chosen” of God is not a matter of being privileged above others.  Rather, it is being privileged for others. The emphasis on being “chosen” is not so that we can be saved, but so that we can serve. Abraham was chosen to be a blessing to the whole world (Gen 12:3), Jesus was known as God’s chosen one (John 1:34) because he came to serve, not to be served (Matt 20:28).  Paul was forced to a stop on the road to Damascus because God had made Paul his “chosen instrument to proclaim my name to the Gentiles and their kings and to the people of Israel” (Acts 9:15 TNIV).  As God’s chosen ones, we have an obligation to take part in what God is doing in the world, and this includes ensuring effective and impacting participation in global missions.

Navigational tool: Own the task

One of the tools I use to help a church missions team own their task is a “Role and Task” exercise that within 2 hours can bring the team to a unified understanding of their role.  The key to this exercise is that by providing options to the team, they choose, discuss and shape their own reason for being a team.  Out of that articulation of the team’s purpose, a unified mission, vision and action plan can be developed that is shaped by a desire to participate in God’s mission.  Ownership of a common purpose only occurs when people are involved in a decision making process, and each of the steps in this exercise capitalizes on this dynamic and builds towards the goal of owning the task:3

This exercise is, of course, only the beginning of a longer process through which the missions team, together with the congregation, will need to move in order to discover its specific passion for missions (eg. church planting, evangelism, humanitarian, a specific people group, etc.). By learning to follow a clear vision in concert with their missionaries, cross-cultural workers sent from the church will become key players in fulfilling the church’s obedience to the Great Commission.

In the next and final article of this series, we will consider the missions team mandate to involve the congregation in the missions program of the church.  This is often one of the most difficult responsibilities of a church missions team. Dedicated missions minded people often express their frustration towards the apparent apathy of other church members.  Although they are diligent in communicating missions concerns, people don’t seem interested.  The good news is that it doesn’t have to be this way.  In the next article we will discuss an important transition for the missions team from communication to motivation.