It was a fairly cool day in the Sindh, Pakistan when I sat down on the cot in the courtyard of Nathaniel’s1 house to chat with him.  I noticed another man in the corner of the courtyard, sitting by himself.  I asked Nathaniel who he was.  “He is my uncle,” he replied.  “But don’t talk to him.  He has a demon.”  I was somewhat taken aback by this and rehearsed in my mind any teaching or training I had received in Canada that would have equipped me to deal with a demon.  I came up with a blank and so took Nathaniel’s advice.

While living in Pakistan we came to the realization that the stories of Jesus’ authority over demons had a far different impact for Sindhis than the stories had for Canadians.  While Sindhis welcome the possibility of overcoming a very real fear in their lives, Canadians tend to be puzzled about the lack of demons in the world and discuss how “demons” should be understood.  The contexts determine the significance of the story.  Because each culture’s reading and experience of the world is vastly different, people’s responses to the stories are different as well.  Similarly, some expressions of the gospel message that are impacting in Canada do not connect with the Sindhi people.

Some people assume that there is one particular understanding of the significance of the cross that is “real,” all other biblical descriptions or images are considered mere metaphors of that one perspective.  But is this so? Or are all the images equally true and “real” expressions of the atonement?  In particular, is the “penal substitution” description of the meaning of the cross, i.e., that “Jesus satisfies the wrath of God by enduring the punishment we deserved on account of our sins,”2 the essence of the gospel message, or is it one expression out of several, albeit one that helps those understand the gospel who have a particular worldview? 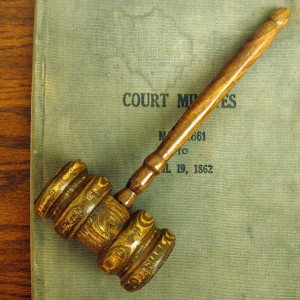 I propose that the “penal substitution” picture is a true and valid explanation of the gospel that, along with other equally valid metaphors, helps us understand and experience the reality of Christ’s work on the cross.  It is a picture that connects well in a culture that values the rule of law and sees justice as a leading principle. However, it is not the only valid image.  Other cultural contexts require different or additional descriptions to appropriately grasp the enormity of the gospel message. Due to the nature of the gospel, multiple images are required to do justice to the universe-altering impact of Jesus’ death and resurrection; and, due to the nature of cultures, multiple images are required to speak to the diversity of worldviews and experiences of reality.

What I am NOT saying 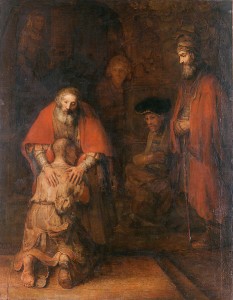 When I speak of an “image” or “picture” of the gospel, I am not suggesting that it is less than, or other than, the gospel. Rather, the use of images and metaphors is a necessary form of communication that allows us to comprehend the gospel by using symbols and concepts familiar to us.  It can be compared to the image of God as “father” in the New Testament.  This description of God used by Jesus is a contextualization of an absolute truth; it is an aspect of God’s character that constitutes reality. Jesus uses a cultural symbol and metaphor (“father”) so that we may grasp the relationship that God desires to have with us. The depth of God’s love for us is revealed through our experiences of familial love in our human contexts.  In the same way, proper contextualization of Christ’s death on the cross draws on appropriate and impacting images from the cultural setting in order to communicate in a way that resonates with that culture.  By “resonates,” I mean that it connects in a meaningful and relevant way so that lives are transformed.

When I suggest that a contextualization of the gospel will use a different metaphor for salvation than “penal substitution,” this should not be construed as a denial of the truth of that description.  A judicial or legal perspective of our standing before God is a biblical picture. Perhaps the clearest imagery used to support this view comes, not from the New Testament, but from the suffering servant in Isaiah 53:

But he was pierced for our transgressions,
he was crushed for our iniquities;
the punishment that brought us peace was upon him,
and by his wounds we are healed.
We all, like sheep, have gone astray,
each of us has turned to his own way;
and the LORD has laid on him
the iniquity of us all (NIV, verses 5,6). 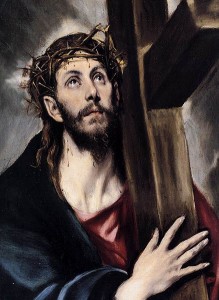 This understanding of the meaning of the cross recognizes that God cannot overlook sin, and the consequence of sin is God’s wrath, i.e., death (Rom 6:23).  Furthermore, it emphasizes substitution, the need for Jesus to die so that we can live.  “Either we die or he dies.”3 “But God demonstrates his own love for us in this: while we were still sinners, Christ died for us” (Rom 5:8).

Many Images, One Gospel

These are important truths that cannot be lost, but more than one explanation can accommodate them. Moreover, it is important for the sake of communication of the gospel into other cultural contexts that we do not to elevate one concept, such as “penal substitution,” above the other images of atonement given to us in the Bible in order to communicate these realities.  If we assume that the “penal substitution” scenario, in which we are acquitted of punishment because Jesus pays the price through his death, is the one and only true description of the work of the cross, then all the other images – redemption, ransom, propitiation, sacrifice, forgiveness, deliverance, etc., – become “mere” metaphors pointing to the one penal substitution truth.  In contrast, contextualization assumes that all the biblical descriptions of the death and resurrection of Jesus can be used to bring people to faith in Christ, and their emphasis and expression will depend on the context.

There are a number of reasons why teaching penal substitution as the only true and real understanding of the significance of the cross is problematic:

The Core of the Gospel message

There are aspects of the gospel message that must not be lost, no matter what image is used to communicate the gospel.  The core is that Jesus’ death and resurrection accomplishes our deliverance from sin (1 Cor 15:3,4).  The images used to communicate that reality will depend on the context of the audience and will require the message to be shaped in a way that speaks to them in their cultural forms and language.  The following article will explain why contextualization is inevitable, and provide the beginning of a theology of culture to support the claim that any and all explanations of the cross are culturally shaped.  A future article will provide one particular model of the atonement that facilitates the contextualization of the gospel in other cultures.

6 thoughts on “86. Contextualization and the Essence of the Gospel”