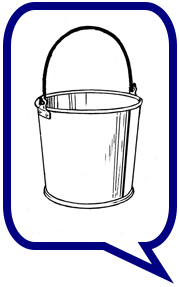 Early on in my attempts to deepen my ability to converse in the Sindhi language, I learned a new idiom for “dying,” which is similar to the English “to pass on.”  I decided to use it while conversing with an acquaintance and said casually, “When I pass on…”  He started and a look of amused disgust came over his face.  I immediately stopped the conversation and asked, “Did I not use that idiom correctly?”  “No,” he replied, “That idiom is never used when speaking of yourself, only of others.  When you referred to your own death in that way, it implied that you considered yourself an important person.”  In other words, rather than being a casual reference to my death, I had communicated an arrogant and self-important attitude.

Similarly, but with a different effect, consider the following illustration:

[An ESL (English as second language) student] learned an idiom “kick the bucket.” It had nothing to do with “kick” or “bucket.” She learned that it meant somebody is dead. She also learned that idioms have the potential to shorten interpersonal distance. The next day, she was told that her president’s father just passed away. When the president walked into the general office, [she] made a point to approach him saying, “I am so sorry that your father just kicked the bucket!”1

there are skills that can be learned

Such amusing and embarrassing examples that result from a misunderstanding of the impact and mood of idioms cause much grief for ESL speakers.  But they also provide a challenge for churches in multi-ethnic communities here in Canada who wish to reach across cultural boundaries to talk about spiritual issues with those who have a limited grasp of English. In cross-cultural evangelism, significant discomfort comes from the inability to connect and converse well with people who are from a different background.  Potential embarrassment and a sense of inadequacy to handle the inevitable misunderstandings cause people to shy away from conversation with ESL speakers. In addition, the ESL speaker can quickly become confused and embarrassed due to their unfamiliarity with idiomatic English. As a result, they feel overwhelmed and incapable of responding adequately.  Fortunately, there are skills that can be learned that will overcome these difficulties and allow for comfortable and productive conversations with second language English speakers.

As British Columbia becomes increasingly multi-cultural and multi-lingual, churches will need to develop English communication skills in order to minister effectively to immigrants and others with ESL limitations. A previous article encouraged our churches to learn each other’s cultural “language of respect.”  In this article I would like to describe different, but equally necessary, conversation skills for mother tongue English speakers that will enable them to converse effectively with those who have limited ability in English.  This is accomplished by developing sensitivity to our use of idioms that can cause confusion and embarrassment.  When we provide a safe and comfortable speaking environment, ESL speakers will be more inclined to engage in conversation, rather than withdrawing to protect their dignity.

In an insightful and helpful article, Wen-Shu Lee explains the impact of idioms and also outlines steps that native English speakers can take in order to bridge the gap of understanding for ESL speakers.2 The development and use of the skills outlined below will create a comfortable conversational environment for all participants.

The nature of Idioms 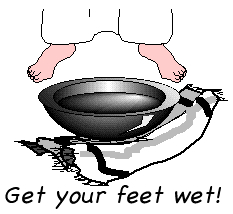 Idioms are colorful shortcuts that communicate on an emotive as well as intellectual level.  They determine the mood of the conversation and are exclusive in nature.  That is, they refer to common narratives within a culture and they relate to the values and perspectives that are the given assumptions within the broader community.  For example, the figurative meanings of the following idioms, “bought the farm,” “get your feet wet,” “get your hands dirty,” and “a wild goose chase,”3 cannot be comprehended by an outsider without explanation.

But on an even more complicated level, idioms have a “relational meaning.”4 There are certain contexts in which their use is appropriate, and other contexts in which their use is out of place.  The two illustrations at the beginning of the article clearly demonstrate this reality.  Understanding the meaning of the idioms does not equip a person to the subtle nuances that guide their acceptable use.

As a further dynamic of idioms, they function as a key to “interpersonal closeness.”5 The use of idioms among friends is an indication and affirmation of the individuals’ identity and connectedness as a group.  Idioms refer to common values and experiences that constantly reaffirm that the participants are legitimate insiders of the group.  A lack of use, misuse, or confusion of idioms marks the speaker as an outsider.

The father of a friend of ours was dying.  She commented sadly, “He is so weak.  He is just bones and skin.”  We knew what she meant, but her error indicated that she was an outsider to our cultural context.

As pointed out in the article on learning another’s language of respect, “Success in navigating intercultural relationships is dependent upon the practice of hearing and speaking the other’s language of respect.”7 As one application of this principle, it is important to establish mutually acceptable ways to address the errors that arise in conversation.  This requires cultural sensitivity and candid discussion. Talk openly and in general terms about how and when ESL speakers would like pronunciation and grammar corrected, as well as when to provide correction concerning the use of idioms.  Beware of how you indicate mistakes when they occur. Pointing out errors in some cultures is insulting unless done in the correct manner.  Laughter and light-hearted comments can inadvertently sting.  Watch for, and address, signs of withdrawal from the conversation and sensitivity to correction that may indicate hurt feelings or embarrassment. 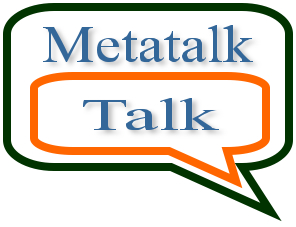 By goal-oriented talk, Lee is referring to ordinary conversation where the interaction is comfortable and unproblematic so that the participants only need to focus on the topic.  Metatalk, on the other hand, occurs when the participants step back from the topic and discuss the way the conversation is being conducted.  This occurs on two levels linguistic metatalk and relational metatalk.  Linguistic metatalk focuses on the meaning of a word or idiom, while relational metatalk addresses the appropriate context in which the word or idiom can be used.

In the “kicking the bucket” illustration, goal-oriented talk would occur if the president responded to the content of the student’s comment, either by ignoring the inappropriate idiom and thanking her, or with indignation to the implied callousness.  Linguistic metatalk would occur if they discussed the different idioms that could be used to describe someone dying.  Relational metatalk addresses the scenarios in which such idioms can be appropriately used.

This step requires English speakers to be aware of the idioms they are using and the references they are making that may be obscure to an ESL speaker.  They then provide additional descriptions that orient the hearer to the meaning of their statement.  This added effort is a concession to the reality that ESL speakers do not have sufficient familiarity with the Canadian context that would allow them to comprehend the singular meaning intended.  The ESL speaker generally requires additional cues in order to direct them to focus on the meaning intended. 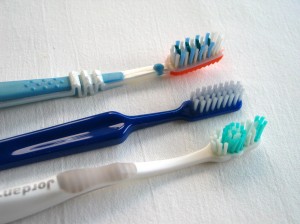 For example, if at night I say to my wife, Karen, “toothbrush?” the familiarity of the context and our common experience causes her to respond, “yes, please,” with the expectation that I will bring her toothbrush to her.  If, on the other hand, I was to turn to her on one of our walks during the day and say, “toothbrush?” she would look at me blankly because the contextual cues do not provide enough information for that cryptic statement to have meaning.  Similarly ESL speakers struggle to identify the contextual cues and make the connection between the comments made and the Canadian context.  In order for a conversation to continue with a sense of control and comfort, it in incumbent upon the English speaker to provide that connection for the ESL speaker by using double or multiple descriptions.

In the “kicking the bucket” example above, the person who introduced the student to the phrase would have done well to clarify the focus of the comment, how it relates emotionally, the context it is used in, and what it says about our relationship to the hearer.  For example, “This phrase is used when there is no emotional attachment to the person who died and never used with those who know the person.  It is used when the death of the person is spoken of in a disrespectful or light-hearted, rather than serious, manner.”

The final step helps ESL speakers relate the idiom to their own context.  By exploring various scenarios of death in their culture and the significance of the relationship with those who died, parallel situations may be discovered that will give the ESL speaker a “feel” for when the idiom can be used appropriately.  For example, a reference to the death of a respected grandfather will require a different attitude and perspective than the death of an ornery mule on the farm.  The former requires a more formal “passed away,” whereas “kicked the bucket” is appropriate for the latter.

These four steps can also be used as a method of contextualizing the gospel cross-culturally.  In the next article we will consider an example of how to help someone from another culture understand how Jesus as redeemer relates to their life by using these four steps.

One thought on “84. Learning to talk ENGLISH”