80. Talking about The Gospel in a Pluralist Society1

This series of articles provide both theoretical support as well as practical application for the concept of Significant Conversations: Evangelism that resonates with our Canadian context.  Mark provides Significant Conversations coaching to FEB churches with the goal of developing local church based support networks that encourage, equip and empower people to converse in contextually sensitive ways about the values and beliefs that shape our lives.

I. Moving from Proclamation to Dialogue 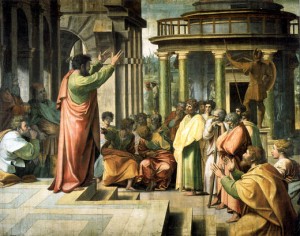 Evangelism is traditionally thought of as proclamation.  Because we have a message, the message, that the world needs to hear, we are encouraged to tell the world the story of Jesus.  This approach has a strong history, from Paul’s declaration on Mars hill (Acts 17) through to Billy Graham’s gospel meetings.  Most evangelical churches consider preaching from the pulpit an important aspect of spreading the message.  There are also many programs that encourage Christians to memorize key verses, produce creative diagrams and use provocative questions to communicate the gospel message.  This article does not intend to undermine the value of these methods when used in the right context, nor suggest that we should not communicate the message of Jesus to others.  I have spent many productive years in ministry focusing on proclamation and appreciate this activity.  However, my experience tells me that, in our Canadian context, expressions of superior knowledge, certainty and exclusivity usually result in opposition and rejection.  People are hardened against exclusive proclamations of the gospel message, and to avoid uncomfortable and potentially disastrous confrontations, many Christians leave attempts to talk about the gospel to those who have a “gift” of evangelism.

I still remember my first experience of evangelism while in Bible college, fresh out of high school.  A fellow student invited me to join him at a park to present the gospel to people on a Saturday afternoon.  I thought I would learn the ropes from him, but soon discovered that he was as green as I was.  When we approached people to hand out a tract or talk to them, we were quickly rebuffed and stared at suspiciously by others passing by.  Upon our return (feeling wounded and bloodied!), I vowed that I would never do that again; such attempts must be only for the “gifted.”

II. Avoiding both Capitulation and Control

Fortunately, there is another way of being witnesses to the message of salvation, an approach that resonates rather than clashes with our pluralistic and postmodern culture, but which is seldom taught or discussed in our evangelical churches.  Open dialogue with those of differing belief systems is a method that encourages a respectful free-flow of meaning and is one of the few acceptable ways values and beliefs can be presented within our cultural context.  We can engage in conversation with the goal of encouraging a cross-fertilization of ideas and beliefs, rather than focusing on a one-way attempt to present a message. In this way an environment is cultivated in which our faith in Christ, along with other alternative beliefs, can be expressed and heard. Respectful dialogue creates a non-threatening, comfortable atmosphere that facilitates a mutual desire for conversations about the significant issues of life.

Dialogue requires tolerance towards and acceptance of the conversation partner while holding firm to personal beliefs and values.  Dialogue helps us avoid capitulation on the one hand – keeping silent and letting other’s opinions rule the day – and aggressive control on the other hand, in which only one view, our “correct” perspective, is presented. Instead, in dialogue mutual and transparent input of meaning by all participants with appreciation for each other’s beliefs and values is made possible.  The key to this approach is to avoid dogmatic assertion while providing a safe environment for all to clearly express their beliefs.

III. The failure to engage in Dialogue

The bad news is that many Christians fail to take advantage of opportunities to engage in significant conversations, and when they do, they tend to slip into defensive or confrontational modes of speaking that stifle, rather than encourage the engagement of ideas.  The good news is that culturally appropriate conversational etiquette can be learned and, with an adjustment to our attitude and approach together with a little practice in conversational skills, enjoyable, stimulating and significant conversations can take place. 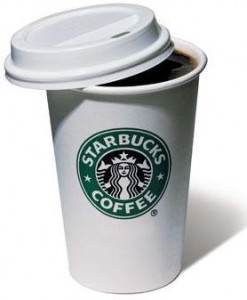 One young woman related the following incident to my wife, Karen.  She was working at Starbucks and commented to a customer who was heading to a Halloween program with her young children, “I don’t believe in Halloween.”  The response was immediate, aggressive and abrupt, “Well, I do!”  There was an uncomfortable pause until the drink was finally ready and handed over.  Such interactions are far from uncommon.  Unfortunately, rather than working out an alternative style that could lead to more productive conversations, such approaches are often justified with comments such as, “Well, maybe it will cause her to think about it.”

III. Going beyond the “sucker’s choice” of “Silence or Violence”2 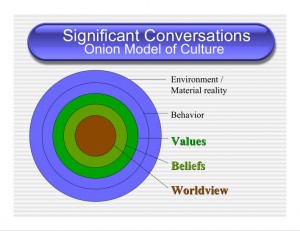 As noted in the article Significant Conversations: Onion model of Culture, conversations become significant when people begin to express their values about what they believe is right or wrong, appropriate or improper. Conversations can develop to an even deeper level when the reason behind those value statements is explored.  The “why” of a value reveals a person’s belief.  For example, if a person points out to a clerk that they have been undercharged and makes sure that the difference is paid, they have lived by a value of honesty.  The reason why that value is important to them is their belief (e.g., people should be treated with justice and fairness). Furthermore, to go even deeper, the reason why they hold to that belief is their worldview (e.g., people are created in the image of God and are therefore sacred and not to be taken advantage of).

Unfortunately, when a friend or co-worker expresses a value that is contrary to Christian beliefs, we are often incapable of recognizing this as an opportunity, perhaps even an invitation, for a significant conversation. Even if we do notice the opportunity to develop the relationship on a deeper level, most of us lack the tools to engage the topic in a constructive and enjoyable way.  We either keep silent and the opportunity is lost, or the conversation degenerates quickly into an uncomfortable and damaging argument.  In such a scenario, it is the better part of wisdom to let such expressions of values pass without comment.

A third way beyond “silence” or “violence”

Our emphasis on proclamation has played a role in reinforcing two common reactions when we are confronted with values and beliefs that oppose our conviction. Either we refuse to address the value or belief out of a fear of damaging a relationship or from a sense of cultural propriety and “political correctness” (silence), or we challenge the speaker, contradict their view and proclaim our belief in contrast to what has been said (violence).  I would like to suggest a third way, a way that can empower the people within our churches.  We need to learn how to address the contrasting views in our society without resorting to either “fight or flight.”  We need to learn how to hear a value that contradicts what we believe is right and explore it in such a way that a respectful, stimulating and significant conversation results.  The end result should be that all the participants leave the conversation with their dignity intact, increased respect for each other and a greater appreciation for the other’s viewpoint.  If this occurs, not only will the door will be open for further conversation, but our role as salt and light in this world will not be obscured by defensive or emotional reactions.

In the following articles, I will develop two aspects of evangelism as dialogue.  The next article will provide a theoretical basis of contextualization within our Canadian culture following both the principles of Significant Conversations as well as Donald Posterski’s reflections on becoming a “meaning maker” within a pluralistic society.3 We will consider the possible objection that choosing dialogue over proclamation is a “sell-out” to cultural values, and provide evidence that this is a legitimate and effective expression of an evangelistic method that does not undermine the message.

The final article will outline key dialogue skills taught in the Significant Conversations coaching sessions.  These skills are an application of the patterns of effective engagement described by Patterson et al. in their book Crucial Conversations. The practices outlined in the book are gleaned from years of study of people who function effectively when “opinions vary, stakes are high and emotions are strong.”4 This is the scenario we face when a value is expressed that contradicts our Christian faith.  How we handle that opportunity will determine if a person is drawn to the gospel or repelled.

2 Responses to 80. Talking about The Gospel in a Pluralist Society1