Meaning is Determined by Culture 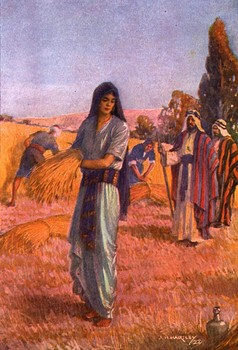 I recently gave a message from the book of Ruth focusing on the meaning of the Hebrew concept of go’el, the “kinsman–redeemer” (NIV), which is one of the key themes of the book.  While struggling to find the best way to communicate the reality that the meaning of the term is dependent upon the underlying cultural context, I realized that a comparison of Bible versions provided a means to that end, while also revealing the difficulties of the task of Bible translation.  The diversity between the translations also underscores the importance of comparing translations when studying the Bible in order to come to a fuller understanding.  The translations used are Today’s New International Version (TNIV), Today’s English Version (TEV) and the English Standard Version (ESV).  Exegetical and cultural analysis is used to demonstrate how the underlying context determines the meaning of the verse.  The examples also serve to illustrate the contrast between the translation principles used by these versions.

One day Naomi, Ruth’s mother-in-law, said to her, “My daughter, I must find a home for you, where you will be well provided for. (TNIV)

Some time later Naomi said to Ruth, “I must find a husband for you, so that you will have a home of your own. (TEV)

Then Naomi her mother-in-law said to her, “My daughter, should I not seek rest for you, that it may be well with you? (ESV)

All three translations communicate the basic idea that Naomi’s concern is to secure Ruth’s future. The translation of “rest” (ESV) comes from the idea of “resting place,” or a permanent residence, thus the translation of “home” in the TNIV and TEV.  The translation of the ESV connects the underlying Hebrew word to other references, such as Deut 28:65, which refers to a “resting place for the sole of your foot,” a Hebrew idiom for a permanent residence.1 A key theme of the Old Testament and of Ruth is the “land,” and the identity and security that comes from having a recognized family or tribal plot.  The strength of the ESV translation is the theme of “rest,” which resonates strongly with the nation of Israel’s history as a people in search of a place to call their own (Deut 26:5, Heb 11:9).  The weakness is that the meaning of the idiom does not carry over clearly to the modern English reader.  A natural understanding of Ruth 3:1 from the ESV would be that Naomi is concerned about how hard Ruth is working gleaning the crops, as described in chapter 2.  She would rather Ruth “rest the sole of her foot” by sitting down and relaxing.  However, that would be a misreading of the text.

On the other hand, the TEV picks up on the broader theme of patriarchy.  Security and identity (ie. the essence of the concern for “rest”) for the women in that culture depended upon their relationship with the male members of their family.  Without that connection, there was no future or meaning to a woman’s life.  Naomi could not even redeem the land that was in her husband’s name (Ruth 4).  This is the point of chapter one in which Naomi’s disaster of losing all her immediate male relatives is recorded.  It is the reason for her insistence that Orpah and Ruth return to their Moabite families.  Patriarchy, as a defining aspect of the culture of that day, is illustrated well by the description given in Deuteronomy 23 that only adult male Israelites were counted as citizens of the nation. Thus, Naomi’s concern for security and identity for her daughter-in-law in this verse is ultimately dependent upon Ruth’s relationship to a man.  The meaning of Naomi’s statement, which is evident from the following events, is the intent to provide Ruth with a husband.

These versions illustrate well the reality that the meaning of any text does not primarily reside in the individual words, nor even in the syntax that relates the words to each other, but in the underlying culture.  Language is a window onto the relationships, values, beliefs and worldview of a people group, but without an appropriate level of understanding of the cultural context, the meaning of any given text cannot be understood.  However, once the original context is understood, translators are able to present the meaning as related text in another language and context.  In particular, the TEV, by recognizing that the meaning of Naomi’s statement is highly dependent upon the context within which she speaks to Ruth, is able to communicate the intent of the passage cross-culturally in a way that is clear to the modern English reader.

“I am your servant Ruth,” she said. “Spread the corner of your garment over me, since you are a family guardian.” (TNIV)

“It’s Ruth, sir,” she answered. “Because you are a close relative, you are responsible for taking care of me. So please marry me.” (TEV)

“I am Ruth, your servant. Spread your wings over your servant, for you are a redeemer.” (ESV) 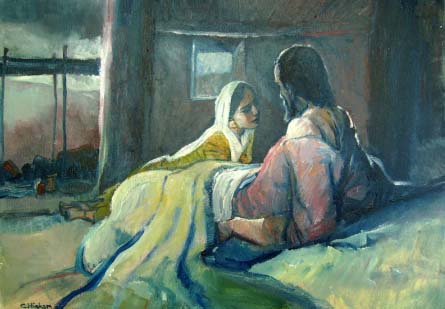 In this verse, the ESV and the TNIV have chosen different vowel markings to determine the translation of “wings” or “garment.”2 The phrase is a Hebrew idiom without natural correspondence in the receptor English language, and so the TEV provides the meaning as “taking care of me.”  Moreover, in order to clarify the meaning as it relates to the cultural drama being played out in this passage, the TEV explicitly states: “please marry me.”  For the modern English audience, the scenario of a woman secretly coming to a man in the middle of the night can be easily misunderstood. In placing herself in a vulnerable and potentially disastrous situation, Ruth was not being sexually provocative (a la Hollywood).  Her intention was to cast herself upon the mercy of a patriarch in hopes that he would take the one action that would provide her with the status and identity that gave meaning and security to women in that culture – as a wife. Once again, the full meaning of the Ruth’s plea is tied to the context in which the words are said.

The term translated as “family guardian” (TNIV), “close relative” (TEV) or “redeemer” (ESV) proved to be an extremely difficult concept to represent in our Sindhi Bible translation, and we spent hours trying to shape the text in a way that would do it justice.  The problem is that this concept is absent in both Sindhi and English cultures.  No one word or phrase can carry the weight of meaning represented by four Hebrew letters (go’el). Furthermore, the meaning of the word is, as with the examples above, revealed only through an understanding of the cultural dynamic.  The male members of the Israelite community of that time had all the rights and powers.  Even as the branches of a tree only remain green when attached to the trunk, so women and children were totally dependent upon the patriarch of the family.  Only the patriarch had the power to rescue the female members of the family and raise them to a position of honor and security.  This function of the patriarch was so crucial to the life of the Israelites that they had a separate term (go’el) to describe it.

ESV’s “redeemer” captures the power to ransom, but does not communicate the important family aspect.  TEV’s “close relative” provides the family connection, but does not communicate the power of the patriarch that makes this relationship significant.  TNIV is perhaps the best by providing a phrase that communicates both sides of the concept with “family guardian.”  But even this phrase does not plumb the depth of meaning and significance the concept held for Naomi in Ruth 2:20 when she first holds out hope of deliverance, or for Ruth in Ruth 3:9 when she uses the term to ensure her actions are put in the right context.  It is the importance and significance of that patriarchal role that allowed Ruth to make such a high stakes gamble upon the redeemer.

3:10 “The LORD bless you, my daughter,” he replied. “This kindness is greater than that which you showed earlier: You have not run after the younger men, whether rich or poor. (TNIV)

“The Lord bless you,” he said. “You are showing even greater family loyalty in what you are doing now than in what you did for your mother-in-law. You might have gone looking for a young man, either rich or poor, but you haven’t. (TEV)

And he said, “May you be blessed by the LORD, my daughter. You have made this last kindness greater than the first in that you have not gone after young men, whether poor or rich. (ESV)

The word translated as “kindness” (ESV, TNIV) and “family loyalty” (TEV) is another term that refuses easy interlingual transference of meaning.  Similar to the previous examples, this is a concept dependent upon the relationships and values of that culture.  The Hebrew word is chesed and refers to love expressed by loyalty and “faithfulness to a promise or a covenant,”3 despite the cost to oneself.  It goes deeper than kindness by being an action that faithfully affirms, supports and builds up the community.  Thus David’s common plea in the Psalms for God to save him for “the sake of your steadfast love” (Ps 6:4 – ESV), which is an appeal based on God’s mercy and faithfulness towards the people that he has chosen for his own.

Naomi and Ruth live in a communally oriented society and the value of faithfulness and personal sacrifice for others in the clan is greatly appreciated by Boaz.  The “first” (ESV) or “earlier” (TNIV) kindness refers to the “family loyalty” shown to Naomi (as made clear in the TEV).  That is, Boaz is not praising Ruth for being kind to her mother-in-law, so much as he is affirming her decision and action to maintain family loyalty.4 It is this value that he praises her for when she approaches him.  Because her husband had been a close relative of Boaz, marriage to Ruth and the resulting progeny would allow the name of the father to continue on.  The sensitivity of Ruth to hold this as a worthy value to live by is what gives her actions the meaning and impact that propelled Boaz to action.

“Family loyalty,” which is expressed through marriage to a deceased husband’s relative, is not a western value.  Yet it is integral to the cultural dynamic of this story of the interaction between Ruth and Boaz. It provides the meaning and significance both to their dialogue and to their actions. Thus, it is incumbent upon the Bible translator, whose goal is communication, to provide appropriate clues within the forms of the receptor language that will enable the reader to comprehend those cultural aspects from which the biblical text derives its meaning.

The Language of Culture

Culture is, in and of itself, a language

Culture is, in and of itself, a language.  It is a communication of order and significance that define the relationships we experience, whether with our environment or with each other.  Any written text that provides a description of relationships, beliefs or narrative is one expression of the deeper and fuller sense that resides within the culture itself.  Communication, and thus Bible translation, is dependent upon clarity concerning cultural dynamics, for that is where meaning ultimately lies.  God speaks his word in and through the medium that provides meaning and significance to those being addressed. That medium is their culture.

For further articles on Bible translation, see the CCI Archives.