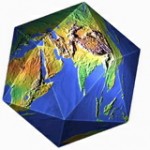 Every year I enjoy teaching the “Pioneering Church Planting” lesson for Perspectives on the World Christian movement in the  Lower Mainland, Vancouver.  Perspectives is a very popular and highly recommended course for any believer who has an interest in what God is doing worldwide.  The primary thesis of my lesson is that the cross-cultural church planter should not attempt to plant a church according to the presuppositions they bring to the task.  Rather the goal is to present Christ relevantly to a people group and see how Jesus creates his church using the forms and structures of that cultural setting.  The question the church planter must constantly ask is, “What would this look like if Jesus was Lord?”  “This” could refer to a neighborhood, a social structure or any organization that facilitates relationships between people.

What would this look like if Jesus was Lord?

I recently had the privilege to observe a cross-cultural church planter demonstrate several of the principles I had been teaching. He works among one of the largest unreached people groups. The names have been changed because of security concerns. 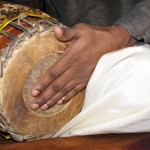 Rajeev is a follower of Christ with a Hindu background who dedicated his life to Christian service as a young man. He is a talented musician who plays an eastern style drum, a teacher of adult literacy and an evangelist of the gospel of Christ. The drum is a perfect analogy or symbol for Rajeev’s approach to ministry. The drummer is not the lead instrument, but provides structure and support for the singers and other instruments.  It does not dominate but enhances and guides.  It leads from behind.  With his mouth shut, Rajeev’s hands fly across the drum while others sing.  This reflects the attitude that Rajeev has as he serves Muslims with the goal of showing them the light of Christ. 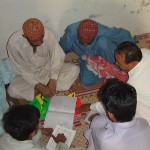 But Rajeev’s greatest impact is through music.  Hindu people in that area are not well respected by Muslims, but he has used his gift of music to build bridges.  He invites musicians – all Muslim – to his house where they sometimes spend the entire night playing and singing.  He provides essential back-up through the playing of his drum.  But he has one restriction: the music must focus on and honor God.   “If music is not worshipful, it is not being used for its essential purpose,” he claims. For Rajeev, music is worship.  The only music worth playing is music directed to God.

“The only music worth playing is music directed to God”

Rajeev challenged the musicians to see music in the same way and to use their gifts and talents to bring glory to God.  Because Muslims do not use music in their worship, this was a new concept to them and they asked, “How do we do that?” Rajeev explained that the initial step is to discover what God has revealed about himself in the Bible and then use that understanding to write songs in praise of God and Jesus Christ using popular poetry styles.

Rajeev knows the scriptures, but they do not.  Nonetheless, he does not teach the meaning of a passage to them, but instead says, “I don’t understand what this means. Can you explain it?”  After they explore it for a while and the participants have struggled to the answer, he says,  “Ah, now I see it!  You have explained it well.  Thank you.”  The student has become the teacher and through the process has taken ownership of the lesson.  As an evangelist, Rajeev seeks to be eyes and ears, rather than a mouth. He explores faith with them, rather than preaching to them.  In Islam, while leading prayers in the mosque, the Imam faces in the same direction as the worshippers. Rajeev adopts a similar format that resonates with these Muslim musicians; he is one with them in their search for spiritual treasure from God’s word.

These musicians are poets and songwriters.  Therefore, their faith is naturally expressed through their music. They are growing and developing in their understanding of Jesus, not because Rajeev is sharing his knowledge of Scripture, but because he has provided the opportunity and direction.  I had the privilege to interview some of the musicians and hear their faith, but the most impacting experience was listening to them sing the songs they have written in praise of Jesus. They sang about Jesus the healer, who heals both body and soul.  They sang about his coming to earth in the “form of Adam” to bring us life.  They sang about the empty tomb and the need to die to self in order to live for God.  And Rajeev never opened his mouth.

Once a month in the local church Rajeev preaches and leads worship.  The musicians come and lead the congregation in singing songs of praise.  People also ask them to come and perform at weddings.  When Rajeev responds, “We only sing songs of worship,” the response is generally positive and the invitation is repeated with greater insistence.  Rajeev has witnessed older men and women weeping as they listen to the songs.  “We have never heard about the grace of God in Christ in this way,” they say.

In the book Influencer: The Power to Change Anything, the authors speak of “master change agents” who develop “a handful of powerful influence strategies that they themselves can and do replicate and that others can and do learn.”1 To be an influencer, one must not use force or seek to dominate.  Rather, a true change agent is one who works within an accepted environment while providing content that stimulates and challenges those with whom they partner.  The impetus, power and choice to move forward lies in the one being influenced, not the influencer.  The change agent provides a channel, the power of the flowing water lies with those who make the choice to travel in that direction.  As Rajeev plays his drum in the background, he is one of those influencers through whom Jesus is changing the world.  A church is emerging as these men gather to sing.